HOME > News > Arizona Foothills Most Influential Man in the Valley

Each year, Arizona Foothills Magazine pulls its valley residents to determine the best of the best. This year, Jerry Colangelo took home the coveted spot for “Most Influential Man In the Valley”.

THE BIGGEST NAME IN VALLEY SPORTS-scratch that, one of the biggest names in sports, period-Jerry Colangelo is the chairman and partner of USA Basketball. He has lived in the Valley since the 1960’s and, in his time here, Colangelo has accomplished a World Series win; being elected to the 2004 Naismith Basketball Hall of Fame; and winning a gold medal with USA Basketball in both 2008 and 2012 (to name just a few successes). Though his impact on the sports world in the Valley and beyond is palpable, he hopes to leave an even more impactful overall lasting impression: “Leaving a lasting contribution to make our community a better place for everyone is the ultimate,” he says. 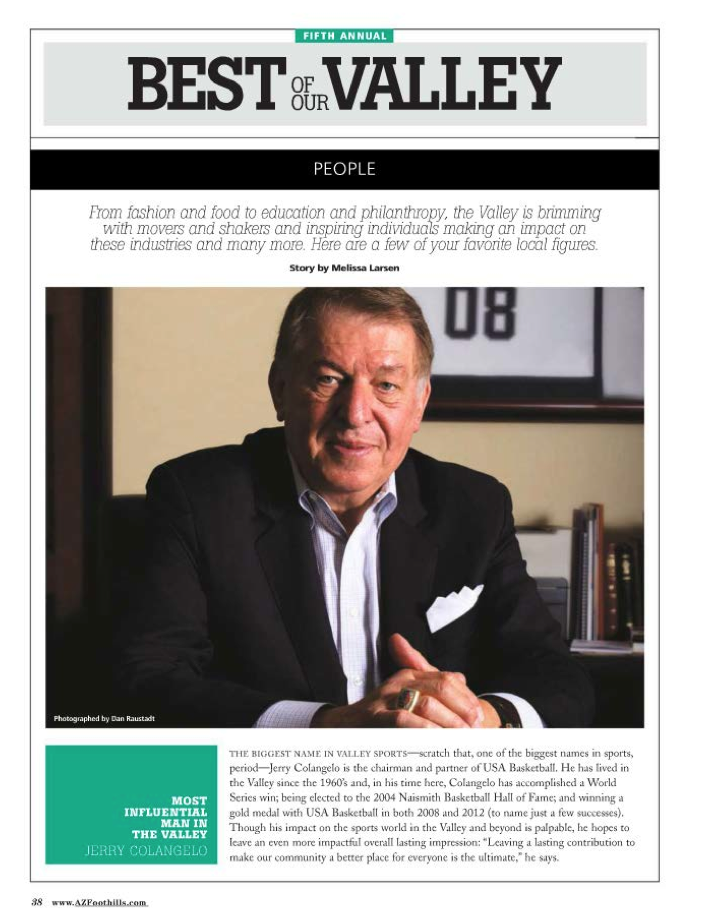