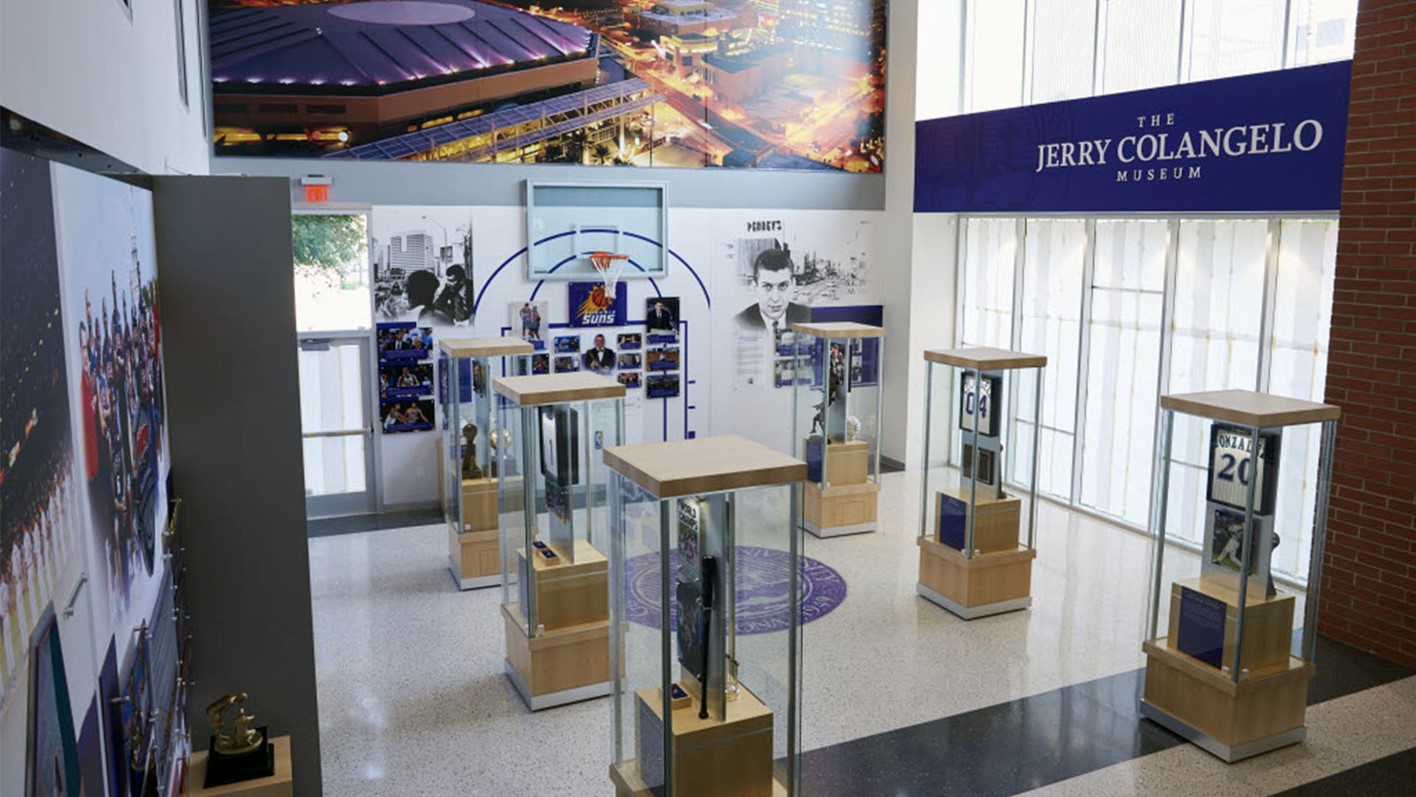 In recent years, the successful businessman has become involved with Grand Canyon University, first by building the business school that now bears his name then by guiding the basketball program into Division I.

For his contributions to the school and beyond, Grand Canyon has created the Jerry Colangelo Museum, a celebration of his successful and charitable life. The museum opened this week inside the school’s on-campus basketball practice facility.